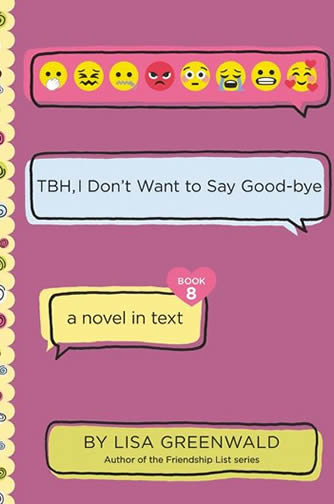 When summer break brings BIG changes, these BFFs 4EVA may end up saying good-bye 4EVA in the eighth and final book in this popular middle-grade series told entirely in text messages, emojis, and passed notes. Perfect for fans of Invisible Emmie and the Dork Diaries.

TBH, Cece, Prianka, and Gabby thought they’d be together forever. But when Gabby’s mom announces she’s moving to Texas and a backyard BBQ party gets the friends’ blow-out summer off to a rocky start, they end up spending more time apart than together!

To be honest, Gabby just wants to get the good-byes over with already.

The question is: How can they be BFF 4EVA if everyone goes their separate ways? 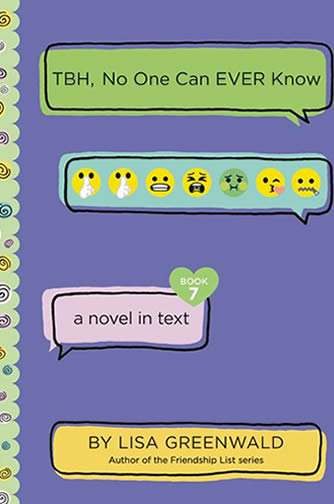 With a Valentine’s Day dance, snooping parents, and way too many secrets, these four BFFs have a lot to deal with in the seventh book in this hilarious series told entirely in text messages, emojis, and passed notes, perfect for fans of Invisible Emmie and the Dork Diaries series.

It’s no secret that Victoria’s mom can be OTT overprotective! But lately her anxiety has been too much to handle. So even though Victoria is helping plan the school’s Valentine’s Day dance, she might not be allowed to go!

To be honest, she’s going to need lots of help from her BFFs to mend this mother-daughter relationship—and it may mean sharing her most embarrassing secret ever!

The question is: Can you take back a secret once you’ve shared it? 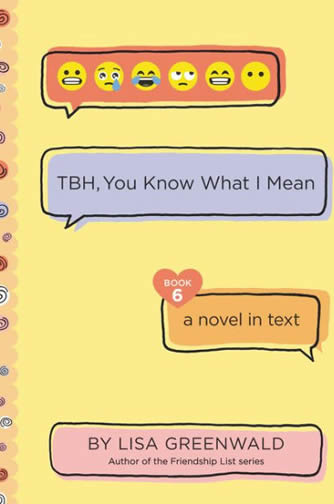 Three BFFs prove that girls can do anything they set their minds to in the sixth book in this hilarious series told entirely in text messages, emojis, and passed notes. Perfect for fans of Invisible Emmie and the Dork Diaries.

TBH, sometimes boys say dumb things about girls. And Cece is sick of it!

When she leads a super-successful event at school to raise awareness, everyone starts looking to her to take charge—of everything. Prianka needs ideas for National Poetry Month, Victoria wants advice on volunteer projects, and Gabby needs homework help.

To be honest, being a leader is fun but the pressure is OOC (out of control)! Can Cece help her friends without totally losing it herself? 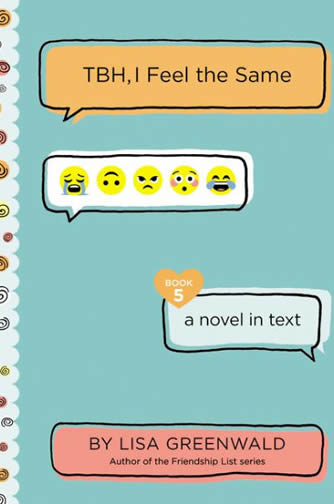 Three BFFs try to make new friends but keep the old in the fifth book in Lisa Greenwald’s hilarious series told entirely in text messages, emojis, and notes. Perfect for fans of Invisible Emmie and the Dork Diaries books.

Making new friends is a good thing, right? Not when you barely see your besties!

Between swim team, the school play, and poetry club, BFFs Cece, Gabby, and Prianka are meeting different people and trying different things. But besties clash when Gabby’s new friends rank the other girls in their grade in categories like looks, smarts, and popularity.

The question is: How can you be your best self if your BFFs don’t have your back? 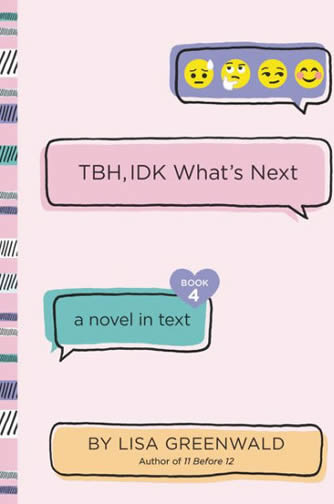 What’s it about?
Three BFFs set out to have the BEST SUMMER EVER in the fourth book in this addictive series told entirely in text messages.

BFFAEs Prianka, Cece, and Gabby are ready to have an unforgettable summer—but they don’t agree on what that means.

For Cece and Gabby, everything is CAMP, CAMP, CAMP! But Prianka wants to forget about sleeping in the woods and hang out at the pool before her big family trip to India. Gabby won’t stop obsessing over the likes on her camp photos while Cece won’t pick up her phone at all.

With “back-to-school” looming and relationships changing at lightning speed, can CPG4Eva sort out their differences before classes start and things really change? 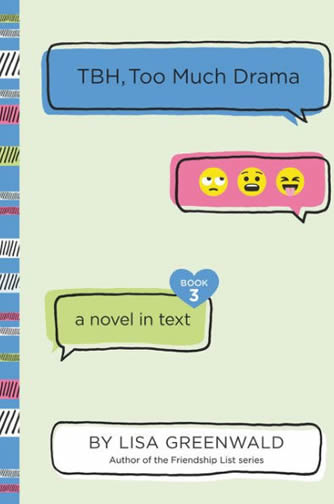 Told entirely in text messages, the third book in this addictive series from the acclaimed author of 11 Before 12 is perfect for fans of Lauren Myracle and Rachel Renee Russell.

Cece, Gabby, and Prianka can’t wait for Spirit Week, aka the last week of school before summer break! And they’re already making plans for the best summer ever—including a friends-only camping trip, plenty of pool time, and a top-secret shared notebook.

But between Pajama Day and pizza parties, Gabby accidentally leaks Cece’s most embarrassing secret to the whole school in a meme that goes viral. Half the squad thinks it’s no big deal, but Cece needs a time-out from all the drama—even if that means taking a break from her best friends. 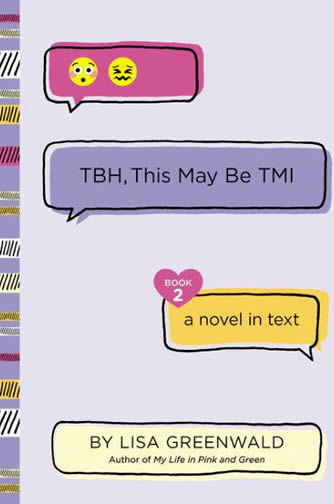 Told entirely in text messages, the second book in this addictive series from the acclaimed author of 11 Before 12 is perfect for fans of Lauren Myracle and Rachel Renee Russell.

TBH, Cece has no time for her boy-crazy friends. She wants to make a bigger impact in middle school than just choosing the perfect kissy cat-face emoji.

But that’s hard when Gabby and Prianka talk about their crushes 24/7. (To be honest, it’s way too much information!) Between nailing down summer plans, getting busted for iMessaging in class, and organizing the spring fair, things are getting rocky for the BFFs.

But when Prianka gets an SOS text from her friend Vishal, the girls realize they need to band together—because some of their classmates have bigger challenges than dealing with sixth grade stress. 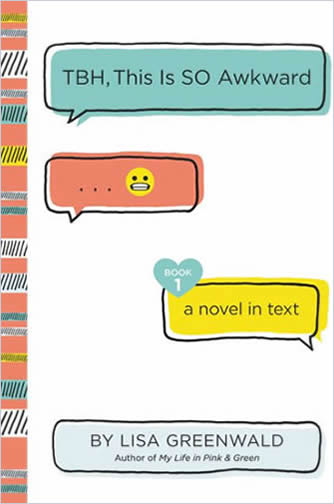 To be honest, middle school is rough! Cecily, Gabby, and Prianka have been BFFAE since pre-K, so it’s totally natural when they don’t include the new girl, Victoria, in their plans and group texts.

Between organizing the school Valentine’s Day dance, prepping for their first boy-girl party, and trying to keep their texts so boring their moms won’t use spy apps to read them, the friends only have time for each other.

But when Victoria is accidentally sent a hurtful text message, the entire sixth grade gets called out for bullying, cell phones are confiscated, and the trio known as CPG4Eva is forced to figure out just how strong their friendships are IRL.